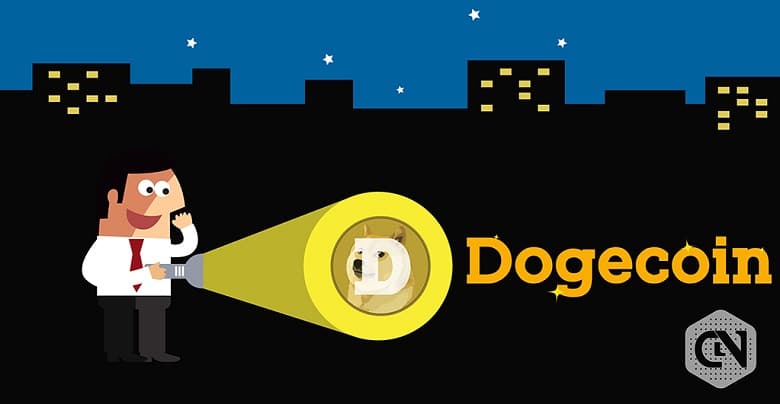 Dogecoin trades in the midrange after having hit bottom at $0.0020
DOGE price has been moving mostly stable since past 2 days
However, Dogecoin has not recorded any notable height when BTC hit $7,000
Dogecoin and Bitcoin are believed to have simultaneous momentum, but this time DOGE price did not spike well after hitting bottom. All the other altcoins have also shown an illustrious growth after bottoming out. The growth rate for Dogecoin seems to be comparatively slower than the rest of the coins. The current trading price is supported by the short-term moving averages at present until the market invites further breakdown.

Analyzing the week-long hourly movement of DOGE/USD on HitBTC, we see that the coin was trading at $0.0025, at the onset of the week on November 21, 2019. Having had a rising wedge price trend, Dogecoin hit the first low in the said time-frame at $0.0021. As the trend continued to grow before collapsing at $0.0020, the price soared to $0.0024. Dogecoin is currently trading with a 10% gain from the lowest in the said time frame. The maximum of red candles of the price trend is directing towards the upcoming volatility that the coin may face if it isn’t gearing up.

Technical Indicators
Dogecoin is well supported by the 5-day SMA and 5-day EMA around the current price area; however, if it falls, it is going to have inactive support.

The MACD of DOGE is running bearishly and adjacent to zero line.