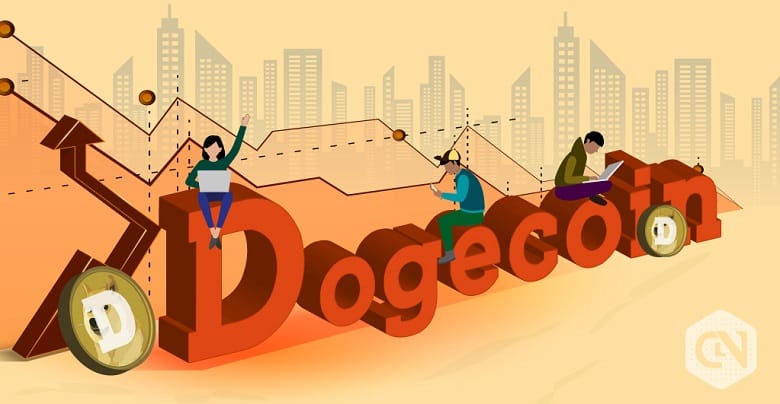 Dogecoin trades around $0.0022 price area; gains support from the short-term moving averages
Dogecoin price takes a swift downturn trading from $0.0028 to falling at $0.0020 in a 30-day time frame
Currently, the currency trades with a 10% growth when compared to the lowest in the said time frame
Dogecoin (DOGE) on HitBTC started the previous month trading with a slight glimpse of an uptrend. However, unable to hold it hit rock bottom after soaring to a height of 30-day high at $0.0028. Currently, it holds grounded support from the short-term moving averages with ultimate selling pressure.

Dogecoin Price Analysis:
Analyzing the 30-day movement of DOGE/USD, we see that the coin is currently trading at $0.002239, holding slight support from 5-day SMA and 10-day SMA and EMA. In the third trading week, the coin had quite a rapid fall due to inactive supports wherein even BTC price hit rock bottom around $6,600. After having dipped by over 2% from the respective highest and lowest in the discussed time frame, the coin is trading better but holds an inclination towards the lower price range.

Dogecoin holds a moderately bearish outlook at present, but a rapid movement above $0.0024 is a strong requirement for the coin to trade persistently above $0.0025 and $0.0027. This also corresponds to a trade beyond daily 100-day EMA and 50-day SMA followed by 200-day EMA.

The MACD of Dogecoin is running below zero at press time and holds a slightly bearish outlook.

While the RSI of the coin is at 41.13 and holds no extremities at present neither towards the overbought nor oversold region.

However, a strong move above the average price or $0.0025 price area will eliminate the solid selling pressure.