Dogecoin (DOGE) Trades Bearishly; Hitting the Uptrend to Bottom Out at $0.00214 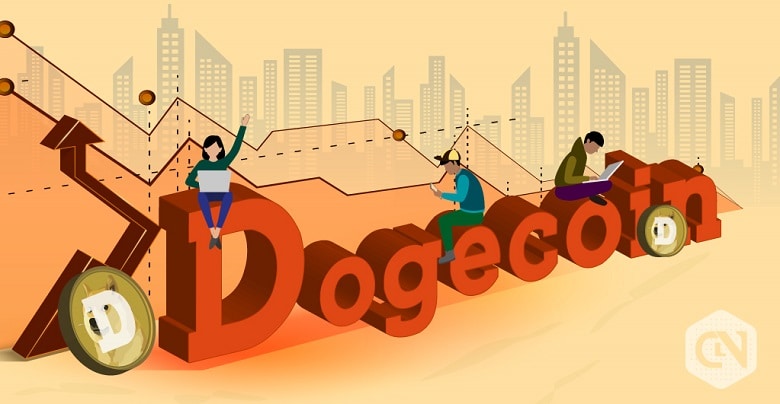 DOGE/USD is currently trading at $0.00214, as per the data feed on HitBTC
Dogecoin trades in the utter selling zone with no immediate support
The upward forming trendline was hit by a downside breakout which led the coin to trade around the current trading area
Dogecoin, just like any other altcoin, is showing a similar patterned price trend against the US Dollar. After having declined from trading above $0.0023, DOGE/USD hit bottom near $0.0020. Since then, the coin has maintained a stable move with a slowly declining trend that we see after hitting the rising wedge that was getting formed previously.

Dogecoin Price Analysis:
Taking a glance at the 10-day movement of DOGE/USD, it is rightly observed that the movement of the coin is no different than any other altcoin in the market. The stability has taken the grounds of many large-cap coins and we believe that this stability is leading to a slight decrease in the trading price of the Dogecoin.

The current trading price is 2.88% more than the lowest and over 9% less than the highest in the said time frame. The latter gap is enough to justify the push that the coin requires for a bullish crossover.

Technical Indicators:
The MACD of Dogecoin is running below zero with a bearish crossover as the signal line cuts the MACD line from below.

The RSI of the coin also confirms the prevailing bearishness, as it is sliding downwards, having an inclination to the oversold region.